All > All Creatures Podcast 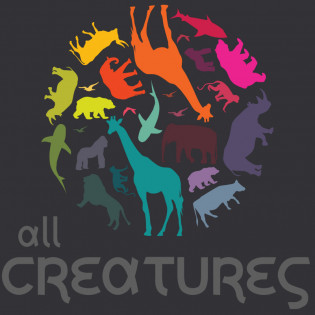 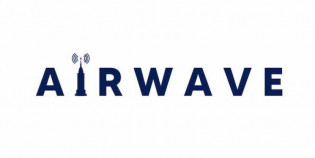 The mission of the All Creatures Podcast is to educate listeners on the diverse animals that share our planet. Each week we will discuss a new species, conduct interviews with conservation experts from around the globe, and discuss recent conservation news. 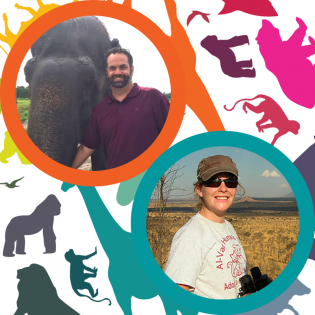 Host Name: Chris Mortensen and Angie Adkin
Host Residence Country: United States
Chris J. Mortensen, Ph.D., is a graduate of Texas A&M University and is passionate about animal conservation and continues to fight to save endangered species. The idea of the All Creatures Podcast began a few years ago after he read “Has the Earth’s 6th Mass Extinction Already Arrived” in the world’s #1 scientific journal, Nature.  A very poignant article detailing the rapid loss of biodiversity around the planet. Chris realized as an educator he had an opportunity to try and make a difference. First, as a faculty member at the University of Florida he started with educating his students. Then he transformed his research from domestic animals to investigating endangered species reproductive physiology. His scientific research involved Asian and African elephants, Florida manatee, Somali wild ass, White rhinoceros, to just name a few.

Animal behavior is an absolute passion of his. He firmly believes with the many environmental and animal crises we now find ourselves in, sound research is sorely needed to answer these challenges, and he believes educating others will be critical to a healthy and stable planet.


Angie Adkin, Ph.D., is a graduate from the University of Florida with a Ph.D. in Animal Physiology.  Angie also attended Michigan State University and graduated with a Bachelor of Science in environmental biology and zoology. Always up for adventure and international exposure, she spent time traveling South America and Africa before starting her career as a zookeeper at Lincoln Park Zoo in Chicago, Illinois.  As a zookeeper, Angie spent seven years learning about, caring for, training, and managing many species of both exotic and domestic animals – from reptiles to dairy cows, to zebras and camels. While at the zoo, Angie assisted with several research projects that focused on assessing the behavior and activity of sable antelope, Grevy’s zebra and Sichuan takin. Her research later carried on into helping endangered ungulates, which continues to this day.

Encouraged by the ever-evolving zoo industry and its need for science-backed solutions, Angie has always been driven to enhance her knowledge of scientific research and ungulate physiology to make a positive impact on zoo animal welfare. Angie is currently helping to implement scientific research in a zoo and/or field setting that will undoubtedly enhance current knowledge about wildlife reproduction, nutrition, welfare, management and conservation. 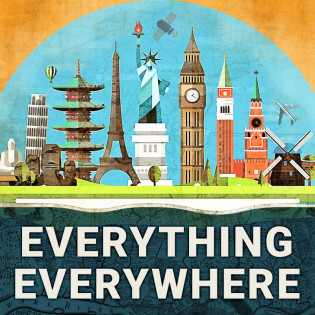 Reach
80,000
Estimated number of downloads on average each episode receives within the first 30 days of airing.
Exclusive
Everything Everywhere
A Podcast for Intellectually Curious People! Learn something new every single day. Everything Everywhere Daily tells the stories of interesting people, places, and things from around the world and throughout history. Topics covered include, but are not limited to, history, science, geography, and culture. The host Gary Arndt loves working closely with sponsors and always goes the extra mile to deliver maximum value for his advertisers. He always overdelivers on his ad reads and incorporates ads into each episode in a way that best targets your product to his audience. 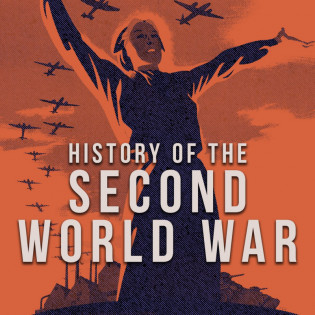 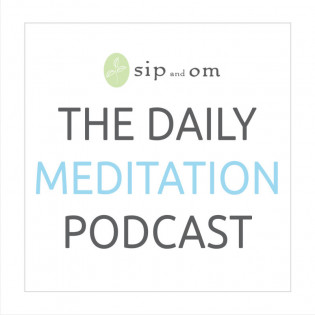 Reach
25,000
Estimated number of downloads on average each episode receives within the first 30 days of airing.
Exclusive
The Daily Meditation Podcast
Be happy, healthy, more at peace as you're greeted every morning with a daily guided meditation technique. Feel as though you're seated next to your personal meditation teacher Mary Meckley as she takes you on a weekly journey to manage your emotions. New themes each week based on an emotion with different daily meditation techniques to manage stress triggers. You are so worth slowing down for. Mary is an advertising sponsor's dream. Her listeners trust her deeply and she only endorses products in which she truly believes. This results in highly successful ad campaigns for sponsors of The Daily Meditation Podcast. Please note that this is not a sleep meditation podcast, but a morning meditation podcast. Preroll ads run at the top of the episode. Midroll spots are placed between the conversational portion of the podcast and the second half which is a short guided meditation.
Can't find the right show? Contact our sales team for our full inventory.