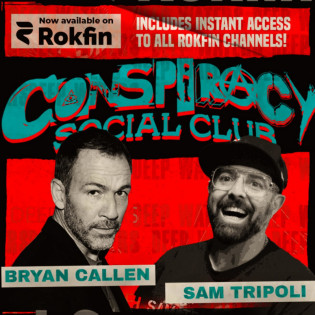 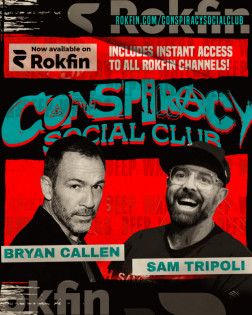 Bryan Callen is an actor, comedian, and podcaster. He is best known for his recurring role as “Coach Mellor” on ABC’s Schooled and The Goldbergs and as one of the original cast members of MadTV. Callen has also appeared in TV and films including Kingdom, Hangover 1 & 2, Ride Along, Sex and the City, Old School, Entourage, Californication, and many more.

A veteran Headliner, Callen performs in theaters and comedy venues across the world. His third one-hour comedy special, “Complicated Apes”, topped the iTunes charts upon its release in March, 2019 and can be found on Amazon Prime.

Callen is known for being the co-host of the top-rated iTunes podcasts The Fighter and The Kid and Big & Hungry, as well as Conspiracy Social Club AKA Deep Waters, which can be found on Patreon and Rokfin.

Sam grew up in Cortland, New York, and began doing stand-up comedy in Las Vegas one night on a dare. After hosting weekly shows on the strip, he moved to Los Angeles in 2000 and began working at The Comedy Store. Sam is an international headliner with hit podcasts Tinfoil Hat, zero, and Cash Daddies. He’s toured as part of The Monsters of Comedy, Rock Stars of Comedy and with a USO Tour of Afghanistan organized by Vince Vaughn. He has a comedy album called “Crimefighter."

He’s appeared on Comedy Central, Showtime, Craig Ferguson and co-hosted Spike TV’s Wild World of Spike. Sam is a recurring guest on The Ice House Chronicles and The Joe Rogan Experience. His goal is to bring the rock and roll and party element back to comedy, and his messages are “believe in yourself” and “bring the wood!!!” 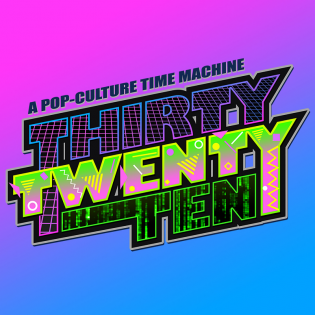 Reach
10,000
Estimated number of downloads on average each episode receives within the first 30 days of airing.
Thirty Twenty Ten
A pop-culture time machine! Each episode covers that week in movies, TV, games, music, and more from 30 years ago, 20 years ago and 10 years ago, which means each show is loaded with forgotten movies, timeless TV episodes, classic video games, and songs best left to the past. Come remember with us! 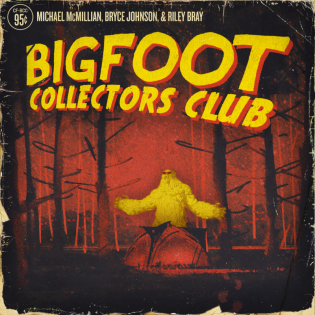 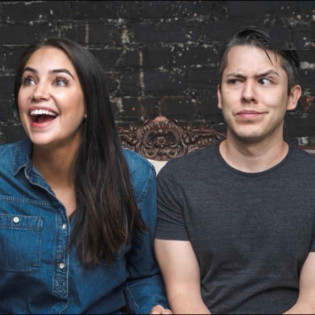 Reach
7,000
Estimated number of downloads on average each episode receives within the first 30 days of airing.
TRUE SCARY STORIES WITH EDI
This is a podcast where two paranormal experts who just so happen to be professioal stand up comics help their fans by reading their paranormal experiences and helping them. The experts give them tips on what kind of entity they are dealing with and why, and most importantly how to get rid of it. This is a fun and lighthearted podcast that can get very spooky!
Can't find the right show? Contact our sales team for our full inventory.