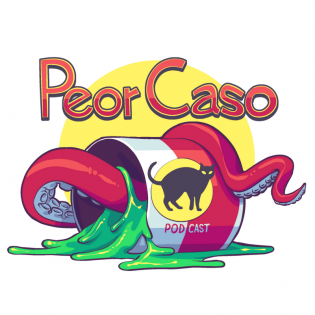 Peor Caso is an educational and humorous podcast in Spanish dedicated to Latin American audience. On each episode we expose a scientific, historical or cultural subject mixing the information with dark humor keeping always a clean language.

We have 70,000 total downloads per month. The audience comes mostly from Mexico (34%), Chile (20%) and US (12%).
Every new episode gets around 5,000 downloads on the first week. We take advantage of any event that may be happening to have information that our audience cares. An episode about Chernobyl released on 6/24, by 7/6 has 7,681 downloads.

For a sponsor we can do the promotion as they want. We can also prepare a speech to coincide with the weekly subject or with the same flavor of the podcast.

We can also display graphics for the sponsor in our webpages and announce then on social media.

Thank you.
Armando Loyola
(please contact by email to arloyola@gmail.com or armando@peorcaso.com) 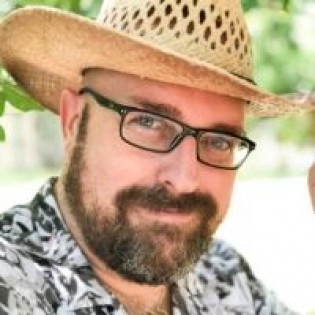 Host Name: Armando Loyola
I produce, edit and record the podcast from Austin Texas, most of the time with a friend from Brazil. We’re both Chilean but we keep the language clean of slang and profanity as the show is intended for the whole Latin American audience.
My passion is science and anything curious regarding history and culture, with a skeptical point of view.

Reach
19,000
Estimated number of downloads on average each episode receives within the first 30 days of airing.
Exclusive
Big Picture Science
The surprising connections in science and technology that give you the Big Picture. Astronomer Seth Shostak and science journalist Molly Bentley are joined each week by leading researchers, techies, and journalists to provide a smart and humorous take on science. Our regular "Skeptic Check" episodes cast a critical eye on pseudoscience.

Reach
8,000
Estimated number of downloads on average each episode receives within the first 30 days of airing.
UFO Chronicles Podcast
My Podcast is a place where people can share their first-hand witness accounts of the strange and unexplained. My listeners are from all over the world but are predominantly from the US I will read out ads on-air during the show with a pre-prepared script. I also have a very active Twitter account of 33k.

Reach
12,000
Estimated number of downloads on average each episode receives within the first 30 days of airing.
Conspiracy Unlimited
Three times a week, Richard Syrett delivers in-depth conversations with independent researchers and alternative media investigators, whistleblowers, eyewitnesses, and former intelligence and military personnel. After twenty years covering conspiracies and the unexplained on a major-market radio station, plus time spent in the air chair on Coast to Coast AM, the most-listened-late night radio program in the world, Richard has earned the trust, respect and admiration of the very best people in their respective fields. Get your consciousness updated three times a week and prepare to have your mind blown while you drive, exercise, cook, or walk the dog. Conspiracy Unlimited is here because it's later than we think, and there's no time to waste!
Can't find the right show? Contact our sales team for our full inventory.