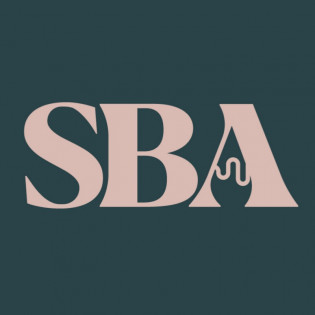 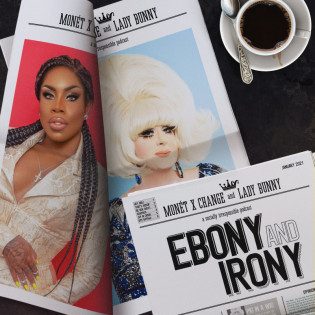 Reach
20,000
Estimated number of downloads on average each episode receives within the first 30 days of airing.
Exclusive
Ebony and Irony
Even a pandemic can't stop drag stars Monet X Change and Bunny from spreading their own infectious brand of humor. These New Yorkers are tucked and loaded to dissect the latest scandals, drag happenings and a few issues to boot. The pair don't always agree, which make for more interesting discussions, as do their weekly guests and listener call-ins. 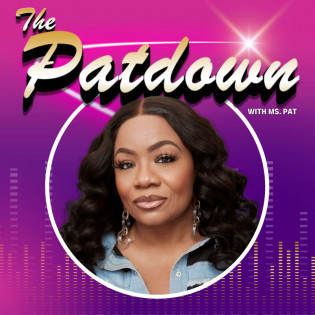 Reach
45,000
Estimated number of downloads on average each episode receives within the first 30 days of airing.
Exclusive
The Patdown with Ms. Pat
After appearing on podcasts by Joe Rogan, Marc Maron, Tom Segura, Bert Kreischer, Joey Diaz, and Ari Shaffir, comedian Ms. Pat has decided to branch out on her own and create a truly unique and hilarious podcast with Deon Curry, Chris Spangle, friends, and family, she dives into topics from backside meatballs to race. With their unique perspectives, the crew of The Patdown with Ms. Pat will make you laugh, think, and appreciate life a little differently. 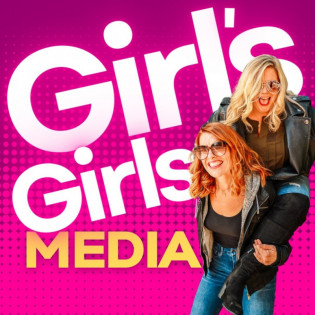 Reach
43,000
Estimated number of downloads on average each episode receives within the first 30 days of airing.
Exclusive
Girl's Girls
E
Brittany Gibbons & Meredith Soleau are fumbling through adulthood, like bosses, and you are along for the hilarious ride! Every week Brittany & Meredith dig into pop culture, relationships, sex, and more with amazing guests and astonishing honesty. Brittany Gibbons is the author of the blog BrittanyHerself, a model, author, TED speaker, media personality, internet catalyst, comedian, and eater of the cold Chinese take-out in the fridge. Her hilarious memoirs, "Fat Girl Walking" and "The Clothes make The Girl Look Fat", are New York Times Best Sellers. Meredith Soleau is a stand-up comedian, humor blogger, and social media agency owner.. Her controversial views on hot button issues, such as leggings as pants, have earned her a gigantic online following. She has been a guest on the Katie Couric show and ABC's 20/20. She travels the country speaking at conferences and helping women fund and start businesses. This show is a Girl's Girl Media Production. Girl's Girl Media, a global media network, brings you quality programming that women (and men!) love. GGM houses 6 chart topping podcasts with cult followings, as well as a Facebook cooking series. GGM also hosts multiple yearly retreats and in-person events, as well as boasts a women's only Facebook group thousands strong. They are no strangers to selling products. This is what they do for a living. And they do it well. The ideal products would be items targeted to women.
Can't find the right show? Contact our sales team for our full inventory.