All > That Story Show 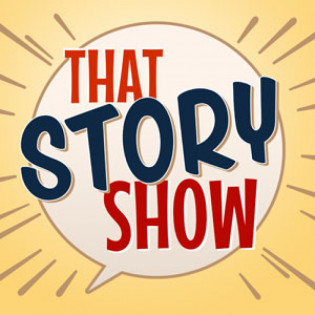 That Story Show is a clean-comedy podcast sharing hilarious real-life stories. Join hosts James Kennison, and John Steinklauber and laugh along every week. 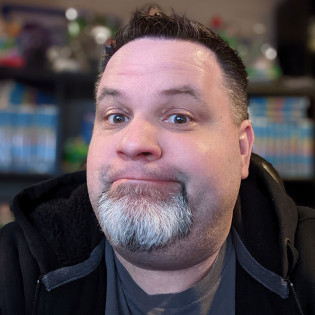 Host Name: James Kennison
Good natured and self-deprecating. James has been podcasting since 2006. He has a dedicated audience and loves to make people smile.

Reach
15,000
Estimated number of downloads on average each episode receives within the first 30 days of airing.
Literary Disco
Writers talk about reading. Hosted by Tod Goldberg, Julia Pistell, and Rider Strong. ***Show is bi-weekly, posting every other Tuesday. Listed reach is per episode*** The show is part of the Lit Hub Radio network, which reaches over 1MM downloads per month across over 15 podcasts. The network is also integrated on the Lit Hub website with a player widget; the site reaches over 3MM readers per month, and all episodes are published as an editorial feature as well as promoted across its social channels (1MM+ reach) and daily newsletters (200,000+ subscribers). About the hosts: Rider Strong After being cast as Gavroche in Les Miserables at nine years old, Rider Strong began a career that has lasted two decades and spanned a variety of genres and formats. He became best known in his teens for Boy Meets World, which ran for seven seasons on ABC. At 20, Rider secured his place in the independent film world by starring in Eli Roth’s Cabin Fever. He’s been covered in blood for a slew of horror and thriller films since. Back on stage, he starred as Benjamin Braddock in both the First US National Tour and the Australian productions of The Graduate. Along with his brother, Rider has written and directed three short films that have played over 60 festivals worldwide and won both audience and juried awards at multiple fests. The pair also created an award-winning spec campaign commercial in support of Barack Obama that became the first political ad to air on Comedy Central. They now write and direct television and film. Rider graduated magna cum laude from Columbia University and received his M.F.A. in Fiction & Literature from Bennington College. Follow Rider on Twitter @riderstrong. Tod Goldberg is the New York Times & international best-selling author of over a dozen books, including the novels Gangster Nation, Gangsterland, which was a finalist for the Hammett Prize, The House of Secrets, which he co-authored with with New York Times bestselling author Brad Meltzer, and Living Dead Girl, finalist for the Los Angeles Times Book Prize, as well as the the popular Burn Notice series. His work has been published in over a dozen countries. His essays, journalism, and criticism have appeared in numerous publications, including the Los Angeles Times, Los Angeles Review of Books, & Wall Street Journal, among many others, and have earned five Nevada Press Association Awards for excellence. His essay “When They Let Them Bleed” was selected for Best American Essays 2013 and in 2016, Tod was awarded the Silver Pen Award by the Nevada Writers Hall of Fame. Tod Goldberg holds an MFA in Creative Writing & Literature from Bennington College and directs the Low Residency MFA Program in Creative Writing and Writing for the Performing Arts at the University of California, Riverside.He lives in Indio, CA with his wife, the writer Wendy Duren. His next book, Death of a Gangster, the concluding volume in the Gangsterland trilogy, will be released in Fall 2020. Follow Tod on Twitter @todgoldberg. Julia Pistell is a writer, actor, and public relations expert in Hartford, Connecticut. She has worked in many places around the world, including but not limited to: a hairdresser’s in Atonsu, Ghana; a preschool and university in Dongying, China; a mobile bookstore in Manhattan; a dogwalking collective in Harlem; a library in the South Bronx — and now she is the Director of Writing Programs at The Mark Twain House & Museum. A freelance writer, Julia created the Syllable Reading Series and hosts Literary Disco, a podcast about books and reading. Every year she plays a squirrel in Night Fall, and she was selected as one of Mystic Seaport’s 38th Voyagers on the historic whaleship the Charles W. Morgan. She has written an essay for NPR and is currently a contributor to WNPR.org and The Beaker Blog. One of the founding members of Sea Tea Improv, Julia is also in the Advanced Study program at the Upright Citizens Brigade. She has performed in hundreds of improv shows across the United States and is one of the company’s most frequent teachers and coaches. As the Manager of Community Relations, Julia has put together workshops and shows for the homeless, Alzheimer’s caregivers, teenagers, corporate executives, artists, and everyone in between. Follow Julia on Twitter @echochorus. 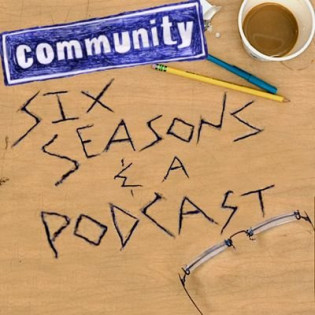 Reach
5,000
Estimated number of downloads on average each episode receives within the first 30 days of airing.
Six Seasons and a Podcast
E
Six Seasons and a Podcast reaches thousands of Community fans a months. With interviews featuring the writers, producers, and actors of the hit tv show Community, our show is the go.to place for related content. We are a fixture in the passionate fan base and regularly are retweeted by Ken Jeong, who was a recent guest. 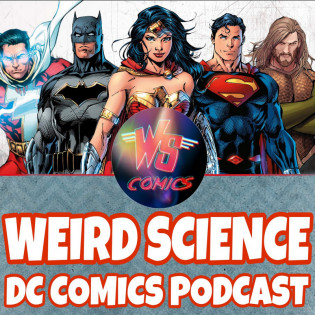 Reach
25,000
Estimated number of downloads on average each episode receives within the first 30 days of airing.
Weird Science DC Comics Podcast
E
We are a DC Comics Podcast that has developed a strong and loyal following because not only do we discuss and review current comic books, but take time (sometimes up to two hours a show!) to connect with the listeners by reading every email we receive that week as well listening to recorded messages from fans. We also tend to go beyond comics and talk about our personal lives in a way that connects with the average listener. 100% of what we do is for the listener and we have no ambitions besides producing this very podcast for each and every person who wants to listen.
Can't find the right show? Contact our sales team for our full inventory.