All > The Skeptics' Guide to the Universe 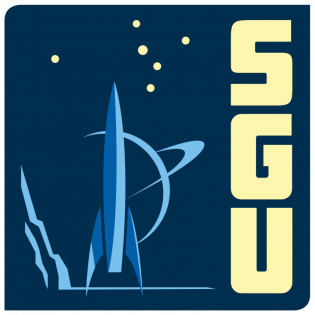 The Skeptics' Guide to the Universe 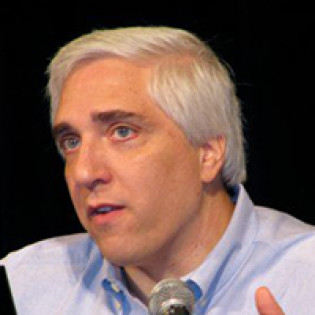 Host Name: Dr. Steven Novella, Jay Novella, Cara Santa Maria
Host Residence Country: United States
Dr. Novella is an academic neurologist at Yale University School of Medicine. In addition to being the host of The Skeptics’ Guide podcast, he is the president and co-founder of the New England Skeptical Society. He is also the author of NeuroLogicaBlog, a popular science blog that covers news and issues in neuroscience, but also general science, scientific skepticism, philosophy of science, critical thinking, and the intersection of science with the media and society. Dr. Novella also contributes every Wednesday to Science-Based Medicine, a blog dedicated to issues of science and medicine. He is also a fellow of the Committee for Skeptical Inquiry (CSI) and a founding fellow of the Institute for Science in Medicine. He has a regular column in the Skeptical Inquirer – The Science of Medicine. Dr. Novella is also a Senior Fellow for the James Randi Educational Foundation and directs their Science-Based Medicine program.

Cara Santa Maria is a Los Angeles Area Emmy Award winning journalist, science communicator, television personality, producer, and podcaster.
She is a regular contributor to “TechKnow” on Al Jazeera America and reports on local issues for “SoCal Connected” on KCET. Cara also hosts a weekly science podcast called “Talk Nerdy with Cara Santa Maria” and cohosts the popular “Skeptics’ Guide to the Universe” podcast.
Previously, Cara worked as a cohost and producer of Pivot TV’s nightly live television show, “TakePart Live.” Before that, she was the Senior Science Correspondent for The Huffington Post and costarred in “Hacking the Planet” and “The Truth About Twisters” on The Weather Channel.
Cara has made appearances on BBC America, CBS, CNN, Current TV, Fox, Fox News, G4tv, Nat Geo WILD, Science Channel, SundanceTV, and the Travel Channel. She is also a regular contributor to The Young Turks. 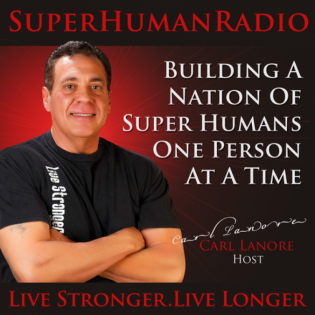 Reach
95,000
Estimated number of downloads on average each episode receives.
Super Human Radio
Super Human Radio has been in continuous production for over 16 years now ( http://superhumanradio.net ) we reach a forward leaning audience of what Packaged facts referred to at "Fit Consumers in the USA" in their 2008 study. This segment of the US population ads up to over 50 million Americans who place a great deal of value in personal responsibility for their health. The also control over $2.2 Trillion in household incomes. They go to the gym. Play recreational sports whenever possible. Are more likely to buy supplements, hormone replacement therapy, own mutual funds, buy new cars, shop online and more. These "Fit Consumers" come to Super Human Radio to get salient information that will have a direct effect on their lives and the lives of their family. Many have been with us for 10+ years. They have grown with, and through the show's growth. One such company is Quest Nutrition. They came to Super Human Radio to promote their revolutionary new bar and the rest is history. Here is a quote from the company's CEO and Co-founder Ron Penna: "We have enjoyed a very long relationship with Super Human Radio. Carl is the perfect host as he's able to blend product information into his program in a way that seamlessly offers INFORMATION rather than a sales pitch. His listeners know that he is passionate about finding the truth and that he changes his mind as he learns rather than sticking to a consistent dogma. We have gained many new customers and strengthened relationships with old ones. Super Human Radio is also our favorite platform for educating some of the most important customers we have - thought leaders and influencers. It's next to impossible to find platforms that let you truly educate and Carl's show has let us do that for years. We have tried many things over the years and none can I recommend more strongly than his show." Give us a try and see what many call the "Super Human Radio Bump" can do for your brand. 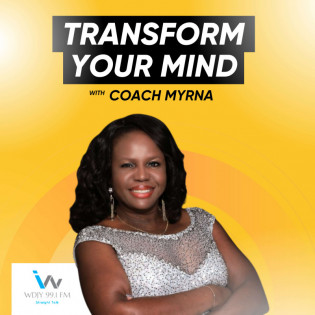 Reach
40,000
Estimated number of downloads on average each episode receives.
Transform your Mind
Transform Your Mind Radio and Podcast premiered over 5 years ago and now has over 300,000 downloads per month and growing rapidly. It is a podcast focused on—you guessed it— Transforming our minds so we can transform our life. My goal on the podcast is to offer content in the self improvement, and personal development space that can empower women and men to live their best lives now. The Transform Your Mind show plays on 3 media channels, Radio, Podcast and TV Show. Your Ad will be played both on the podcast and radio show. The radio show airs in Atlanta on WDJY 99.1 FM and has a 55% female African American audience. The podcast listeners are ages 25 to 55 with 60% White Females. The Transform Your Mind radio show airs every Wednesday on the afternoon drive from 5 pm to 6 pm. The radio station has over 600,000 annual listeners. https://www.wdjyfm.com/ Your Ad will also be featured on the show page https://blog.myhelps.us/ with a script of your marketing message and links to your website. 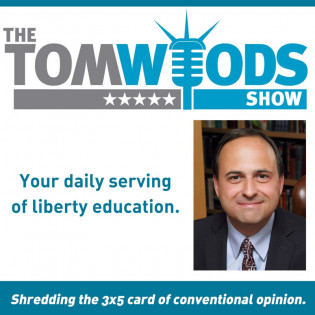 Reach
28,000
Estimated number of downloads on average each episode receives.
Exclusive
The Tom Woods Show
The Tom Woods Show is a highly ranked libertarian podcast that is downloaded half a million times per month. We cover current events as well as perennial issues in philosophy, economics, history, and more. A new episode is released every weekday. The show's listeners trust me and follow my advice. They also want to help the show, so every month they purchase more than $50,000 in merchandise through my affiliate link at Amazon.com. My show has generated tremendous results for advertisers. I held a webinar for Zapable, an app-creation platform, that I promoted to my listeners. All told, I did $45,000 in sales for them. I did a webinar for Chris Record's SmartMember 2.0 membership site platform and software bundle; that generated $63,000 in sales from my listeners. I did a webinar for the affiliate marketing course taught by Sara Young and Andrew Hansen, and generated $182,000 in sales. About me: I am the New York Times bestselling author of 12 books. I hold a bachelor's degree in history from Harvard and a Ph.D. from Columbia University. Give us a try!
Can't find the right show? Contact our sales team for our full inventory.