All > Variant: The Podcast 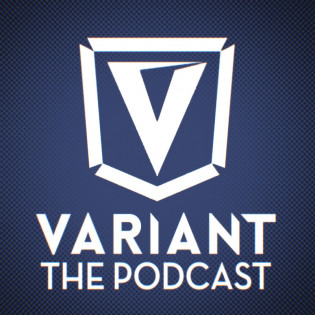 Geek fandom is a vast and constantly growing space, and Variant covers nearly all of it. From the perspective of hosts Arris Quinones and Tim Connolly, this weekly podcast talks comics, movies, TV, gaming, and collectibles, as well as the latest geek news, rumors and whatever else they feel like. 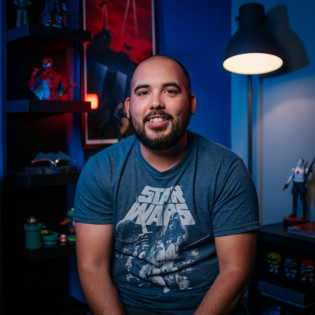 Host Name: Arris Quinones
Host Residence Country: United States
Arris hosts the ever popular 2.4 million subscriber Variant Comics YouTube channel, which was has over a half-a-billion views and was voted the #1 comic book channel by WatchMojo. He is also the writer of the bestselling comic book series, Astonishing Times. 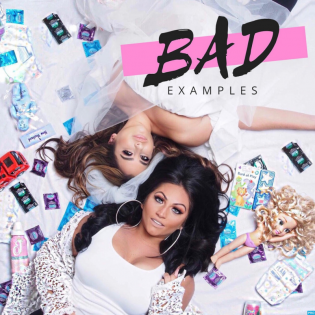 Reach
10,000
Estimated number of downloads on average each episode receives.
Bad Examples
E
Ex Reality TV Stars Tracy DiMarco and Jessica Romano have f*cked it all up, so you don’t have to. Sex. Dating. Love. Marriage. Friendship. Babies. A modern day advice podcast from two pretty, and pretty much unqualified people. Grab a bottle of wine, and laugh along as they reveal all of their mistakes and unfiltered thoughts. Our audience is mad for Tracy, and follow her for a glimpse into her seemingly perfect life. They are quick to respond, and in response to just the first episode were ready to say this is their favorite podcast. Predominantly women, in their 20-50's. We will incorporate up to 4 mid roll ads per episode. 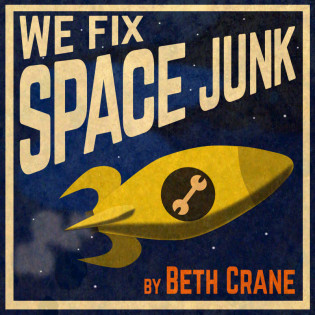 Reach
5,000
Estimated number of downloads on average each episode receives.
We Fix Space Junk
We Fix Space Junk is a an award-winning dark sci-fi comedy about two repairwomen surviving in space against insurmountable odds and unimaginable debt. We create advertising that is not just a hold-read of bullet points. Our creative is immersed into the world of the show. Our fans delight and even share our advertisements. We combine immersive in-world advertising with strong social media promotion to help our partners get strong and positive results. 30,000 to 45,000 listens a month An insanely engaged audience with a good portion who binge listen from the beginning of the series every time a new season is launched. Show Summary 'We Fix Space Junk' follows seasoned smuggler Kilner and reluctant fugitive Samantha as they travel the galaxy, dodging bullets and meeting strange and wonderful beings as they carry out odd jobs on the fringes of the law. A female-led sci-fi comedy sitcom set in the far future, in a high-tech, dystopian world, We Fix Space Junk draws on the sci-fi of the past, following in the footsteps of Harry Harrison and of Douglas Adams' Hitchhiker's Guide to the Galaxy. Awards and Recognition 2019 AudioVerse Performance of a Leading Role in an Audio Play Production: Beth Crane as Kilner Instrumental Composition in a Production: We Fix Space Junk Main Theme by Hedley Knights Action Sound Design in a Production: Hedley Knights Environment Sound Design in a Production: Hedley Knights Performance of a Supporting Role in an Audio Play Production: Emily Stride as Penne 2018 AudioVerse Best Writing of a New, Comedic Production: Beth Crane Best Writing of an Ongoing, Short-form, Comedic Production: Beth Crane Best Performance of a Supporting Role in a New Production: Francesca Mintowt-Czyz as Marilyn Best Performance of a Supporting Role in an Ongoing, Comedic Production: Francesca Mintowt-Czyz as Marilyn Content rating: Some violence or adult situations 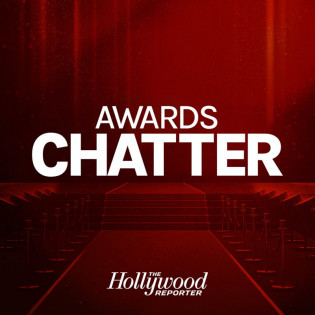 Reach
10,000
Estimated number of downloads on average each episode receives.
Awards Chatter
'Awards Chatter' is a podcast that features in-depth interviews with the most interesting and accomplished people in show business. Created and hosted by: Scott Feinberg Produced by: Matthew Whitehurst
Can't find the right show? Contact our sales team for our full inventory.