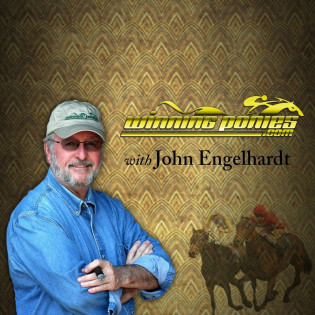 On the show we will talk about the Sport of Kings. We will delve into the different features of the WinningPonies.com website. John Engelhardt will talk about the issues of the day that affect horse racing, such as synthetic surfaces, medication rule changes, the fate of the industry as a whole, VLTs and Casinos, and human interest stories of triumph and defeat. You will also hear our spot play of the week, where John will handicap the feature races for the upcoming weekend, and will give out his best plays. We will keep you abreast racing’s big events. Featured on the show will be guests (trainers, jockeys, jockey’s agents, owners, and celebrity handicappers). Promotional giveaways will be featured, such as brand merchandise and free WinningCredits. 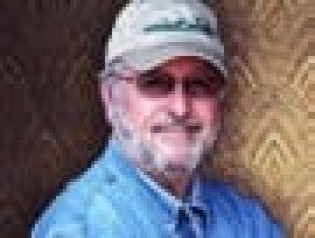 You may recognize him as "Racing's Regular Guy." For ten years, John Engelhardt hosted the informative and sometimes irreverent handicapping show from his base at River Downs in Cincinnati, Ohio. He developed a passion for thoroughbred racing as a youngster at Saratoga, and has been able to make his love of the sport his life's calling.

Engelhardt, a native of Syracuse, New York is a graduate of the University of Dayton. His professional career in racing began as the track photographer at Beulah Park in 1983 and he has worked in racing ever since. John produced "The Stretch Run" for eight years, which aired on the CBS affiliate WCPO-TV in Cincinnati. For four years Engelhardt co-hosted "The Regular Guy Handicapping Show on HOMER 1530-AM in Cincinnati with former "Winning Ponies" host Ed Meyer.

John served as the President of the Turf Publicists of America in 2009 and 2010, after serving several years as the Midwest Vice-President of that organization. He is currently a consultant for Pinnacle Entertainment handling publicity, public relations, marketing, advertising and special events for River Downs. Under the "nom-de-course" of Heart of an Angel Stable, he has bred and owned thoroughbreds for 18 years.

"Racing's Regular Guy" has been exposed to racing on many levels and greets the sport with enthusiasm and well-rounded knowledge. Tune in Thursdays at 5PM PT, as he welcomes nationally recognized guests, who will help you find those "Winning Ponies.” 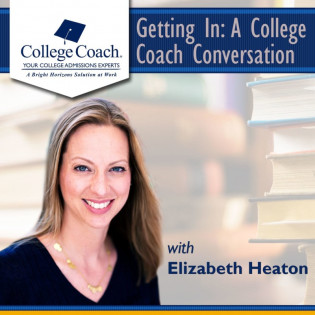 Reach
19,700
Estimated number of downloads on average each episode receives within the first 30 days of airing.
Getting In: A College Coach Conversation
Thursday at 1 PM Pacific Time on VoiceAmerica Variety Channel Did you know that college applications and public college tuition are both up 60 percent since 2002? Getting In: A College Coach Conversation, helps parents and students navigate this changing and challenging landscape. Each week, College Coach experts, all former admissions and financial aid officers, and other industry professionals offer factual information and strategic advice on a range of admissions and college finance topics, including approaching and crafting essays, successfully appealing financial aid decisions, selecting the right college, and determining the most effective savings vehicle to help pay for it. From understanding how institutions evaluate applications to putting together a solid college payment strategy to effectively planning a high school academic and extracurricular program, Getting In addresses the questions and concerns facing all families embarking on the college admissions process. Tune in Thursdays at 1 PM Pacific Time on VoiceAmerica Variety. 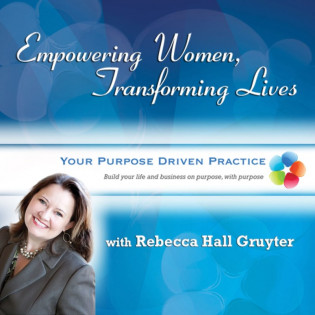 Reach
18,500
Estimated number of downloads on average each episode receives within the first 30 days of airing.
Empowering Women, Transforming Lives
Thursday at 11 AM Pacific Time on VoiceAmerica Women's Channel In this heart felt and transformational show, Rebecca will share her insight on the subject of the day and will feature two special guests per show. Each guest is an empowering leader in their respective industry or modality who provides insights and tips on how to live an empowered life. This show is perfect for women who feel a call on their heart to step out in a bigger and more powerful way in their life and would like some encouragement and inspiration to support them on their journey! Rebecca will guide each show to focus on an empowering topic. The show starts with a discussion, which provides several practical ideas and tips to apply in your everyday life. Rebecca welcomes your participation and will answer questions during each show. Empowering Women, Transforming Lives is broadcast live every Tuesday at 11 AM Pacific Time on the VoiceAmerica Women's Channel. Replays Wednesdays at 2 PM Pacific Time on the VoiceAmerica Empowerment Channel.
Can't find the right show? Contact our sales team for our full inventory.