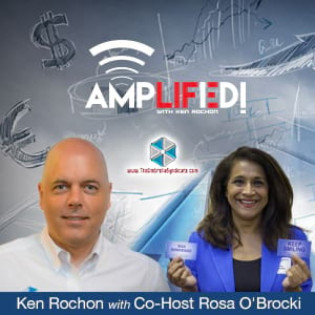 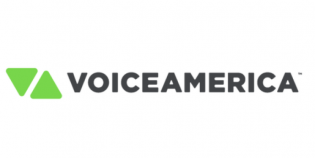 The goal of our show is to influence and inspire speakers, authors, and leaders to share how they wish to make a positive impact on the world. Our vision is to amplify good causes, good messages, and good people through epic social media viral campaigns.

Our belief is that everyone has a message that needs to be heard, and we are here to help amplify those messages through Connectors, Guerilla Marketing, Networking, Photography, Social Media, Strategic Alliances, Branding and Technology. We are examining the struggles leaders encounter and have to overcome to be successful and have a positive impact on the world.

Our show teaches more effective marketing and social media techniques designed to gain more exposure and awareness, leading to leads and conversion. Amplified! is broadcast live every Monday at 8 AM Pacific Time on the VoiceAmerica Influencers Channel. 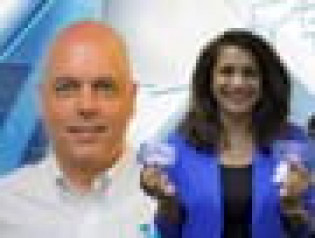 Ken's primary focus is supporting great leaders. His company The Umbrella Syndicate reaches on average 40,000 people per week on Facebook and he helps over 800 pages grow using 'Amplification' strategies associated with campaigns and events. The Umbrella Syndicate page has over 100,000 clicks and engagement a week, making it one of the most active social media pages in the world.

Ken has visited over 100 countries and loves to photograph the world. He also mixes cultural music and is considered a world class fusion deejay. He is married and a proud father to his son Kenny, who is also known as K3. He lives in Ellicott City, Maryland with his family. He has also served as an Officer in the US Army and taught introduction to Physics and Chemistry. 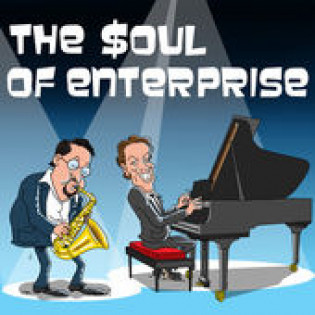 Reach
12,400
Estimated number of downloads on average each episode receives within the first 30 days of airing.
The Soul of Enterprise: Business in the Knowledge
Friday at 1 PM Pacific Time on VoiceAmerica Business Channel and VoiceAmerica Variety Channel The Soul of Enterprise is designed to champion the insight that wealth is created by intellectual capital, a product of the inexhaustible human spirit. Wealth is above all an accumulation of possibilities. These possibilities lie hidden in the womb of the future, waiting to be discovered by human imagination, ingenuity, and creativity, manifested in free enterprises dedicated to the service of others. Tune in to The Soul of Enterprise, with Ron Baker and Ed Kless, broadcast live every Friday at 1 PM Pacific Time, on the VoiceAmerica Business Channel and the VoiceAmerica Variety Channel. 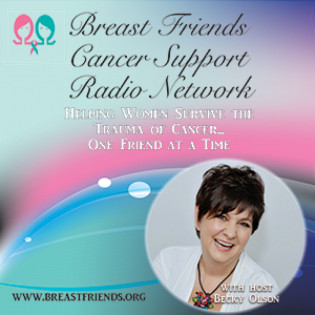 Reach
5,800
Estimated number of downloads on average each episode receives within the first 30 days of airing.
Breast Friends Cancer Support Radio
Wednesday at 9 AM Pacific Time on VoiceAmerica Health and Wellness Channel and Thursday at 9 AM Pacific Time on VoiceAmerica Women's Channel Breast Friends helps women and families deal with the emotional upheaval of cancer. Our show offers advice and provides hope to the patients and survivors, while teaching their friends and family how to provide significant and helpful support to their loved ones. Our show benefits the patients, as well as their friends and family members in several ways: Patients benefit because they find hope and inspiration in hearing stories of survival not only from the co-hosts, but also from our guests. Their friends and family members benefit by learning ways to support their loved ones and understand her journey a bit better. Each week we will introduce a different topic and provide resources that are sure to create interest and provide additional support to the patients and their families. Breast Friends Cancer Support Radio can be heard live every Wednesday at 9 AM Pacific Time on the VoiceAmerica Health and Wellness Channel and Thursdays at 9 AM Pacific on VoiceAmerica Women's Channel.

Reach
5,800
Estimated number of downloads on average each episode receives within the first 30 days of airing.
All Around Sports
Monday at 10 AM Pacific Time on VoiceAmerica Sports Channel All Around Sports Host will explore all areas of the wide world of sports as it continues to grow and evolve. John’s guests are today’s leading sports newsmakers. In recent years John has done exclusive interviews with NFL Commissioner Roger Goodell, Roger Staubach, Bob Knight, Curt Schilling, Rocky Bleier, Robert Parish, and San Francisco 49ers Owner John York. John has attended everything from Super Bowls and Rose Bowls to the Stanley Cup and Ryder Cup, as well as the NBA Finals, World Series, and March Madness. John’s long-time career as a sports journalist has led to unparalleled contacts with fellow sports journalists, and with them he will provide perspective to the most topical sports stories of the day. With John’s vision to deliver the biggest sports names discussing the day’s news, there are no limits on analyzing every aspect of what happens All Around Sports. The show is broadcast every Monday at 10 AM Pacific Time on the VoiceAmerica Sports Channel.
Can't find the right show? Contact our sales team for our full inventory.