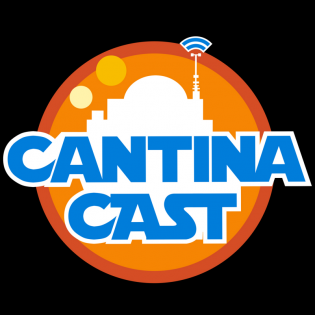 Reach
2,900
Estimated number of downloads on average each episode receives within the first 30 days of airing.
Cantina Cast: Star Wars Discussion
The Cantina Cast is all about thought provoking Star Wars discussion. From the character dissection series, to scene and quote analysis; we cover the Sequels, Prequels, and the Originals. Not to mention, Star Wars novels, comics, and video games.

Reach
4,000
Estimated number of downloads on average each episode receives within the first 30 days of airing.
blonde UNFILTERED
E
The podcast that mentions it ALL… from pop culture, wellness, mental health, a deep dive into the latest Netflix doc and the occasional salacious gossip sesh, nothing is off limits… Hosted by Jess Zadeh and featuring guests from all walks of life, grab your favorite cocktail or perhaps a water with lemon and settle in for lots of laughs, candid convos and the occasional heart to heart… The blonde UNFILTERED audience is comprised of mostly women, from single career driven millennials to moms and wives, they're active consumers, educated and employed. The host regularly discusses products that are personal favorites and will share on social media as well. Products that have done well are anything related to health and fitness, wine and spirits, personal products and subscriptions. We're open to suggestions as well and can't wait to work together!

Reach
5,000
Estimated number of downloads on average each episode receives within the first 30 days of airing.
Wayward Podcast
E
Long before Supernatural aired the backdoor pilot for Wayward Sisters, the potential spin-off that followed Claire Novak’s (Kathryn Newton) return home to join Jody Mills (Kim Rhodes) and an all-female monster-fighting force, fans had created the Wayward movement. In fact, the concept of a separate show following the women of Supernatural first came about in 2015, when fans shared an idea on social media called Wayward Daughters Academy. According to the fans, the new show would follow Jody Mills and Donna Hanscum (Briana Buckmaster) as they took in orphaned girls in the same way Mills had taken in Alex (Katherine Ramdeen) and Claire on Supernatural. In other words, the 2018 backdoor pilot for Wayward Sisters was not the beginning of Wayward, but rather, it was one chapter of something that had begun years earlier. And when the CW decided not to move forward with the spin-off in May, fans and stars of the shows rallied to save it. When that didn’t work, Buckmaster had another idea.......The Wayward Podcast — a hilarious, refreshingly honest, and extremely thoughtful weekly podcast hosted by two incredibly badass women, Briana Buckmaster and Kim Rhodes. With Supernatural having such a huge fan base, Briana and Kim have a HUGE social media presence, a HUGE convention following, and a HUGE podcast audience that ranges from 40K to 50K downloads per month from all over the world. If you are looking to get your business or product advertised on a podcast, these ladies will definitely get the word out if it is a right fit for the show!
Can't find the right show? Contact our sales team for our full inventory.